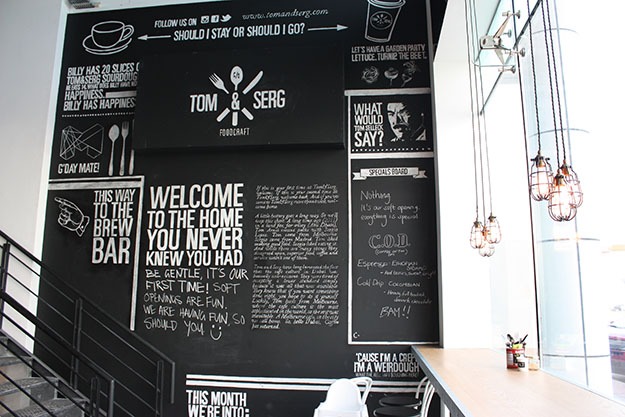 Tom & Serg, Dubai, UAETucked away on the outskirts of the Al Quoz, Tom & Serg was established in Dubai in 2013 by Tom Arnel and Sergio Lopez. The space is an expansive industrial warehouse with exposed ceiling pipework and high ceilings.  The open kitchen and white subway tiles provide a trendy, open and inclusive environment to sip coffee while you work, lunch/brunch/brekkie or catch up with friends.  The on-brand menu ranges from locally influenced dishes like Shakshouka baked eggs, Baghdad scramble, Quinoa and falafel wrap or there’s the morning after wrap made up of scrambled egg, beef bacon, roast chicken, mozzarella, crushed avocado, tomato, black bean & lime salsa.

A magnet for Dubai hipsters and the thirty-something crowd, this joint would work well in any city.  I’m sure we will see this successful blueprint pave the way for future editions. 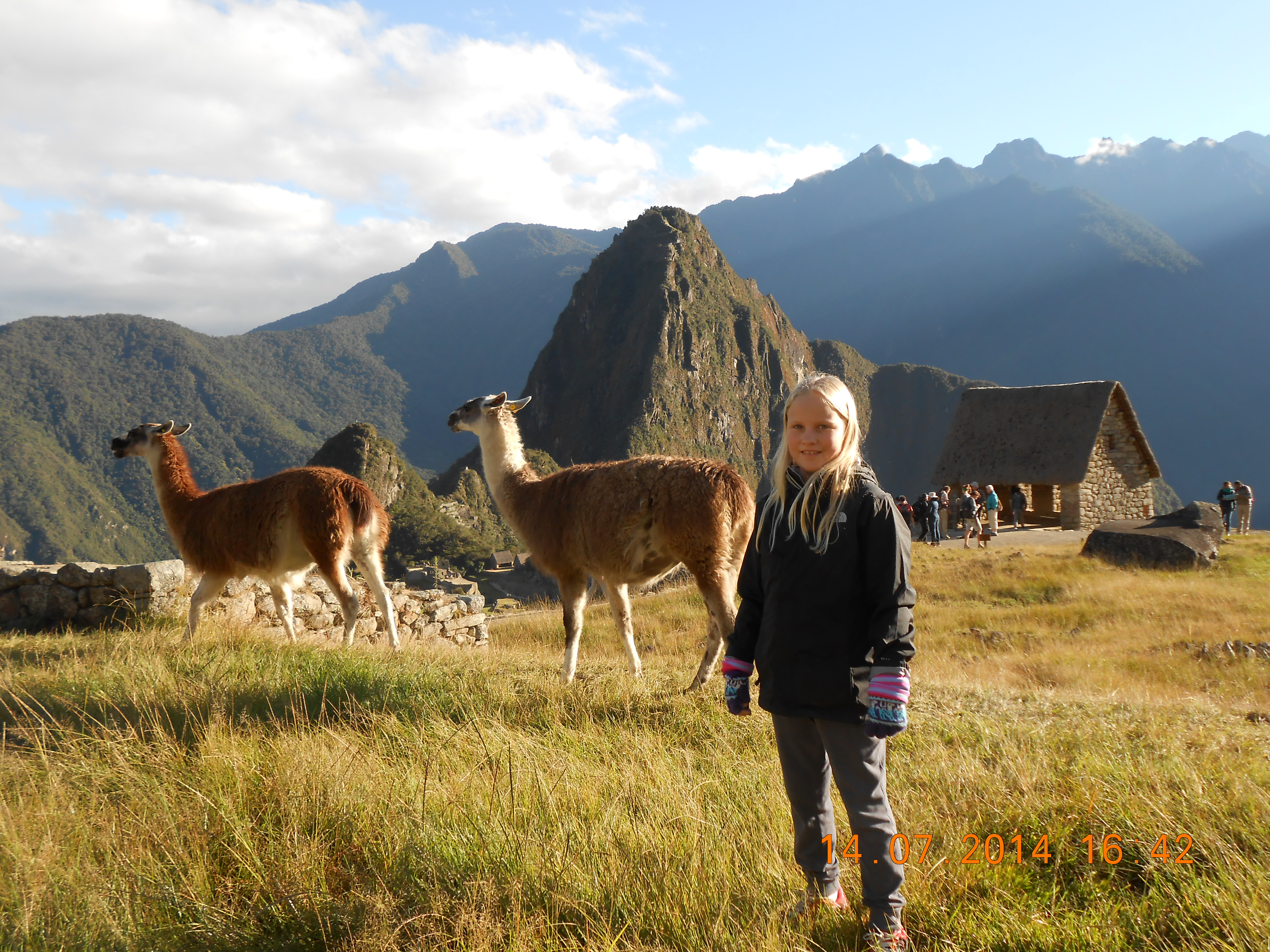 On my return from a mother-daughter volunteer trip to Cusco, Peru, I was scrolling through the hundreds of pictures trying to find ‘the one’. It’s a challenge I set myself following a family trip to distract me from the fact I have taken far too many pictures, again! The only rule is that it has to capture the spirit of the adventure. 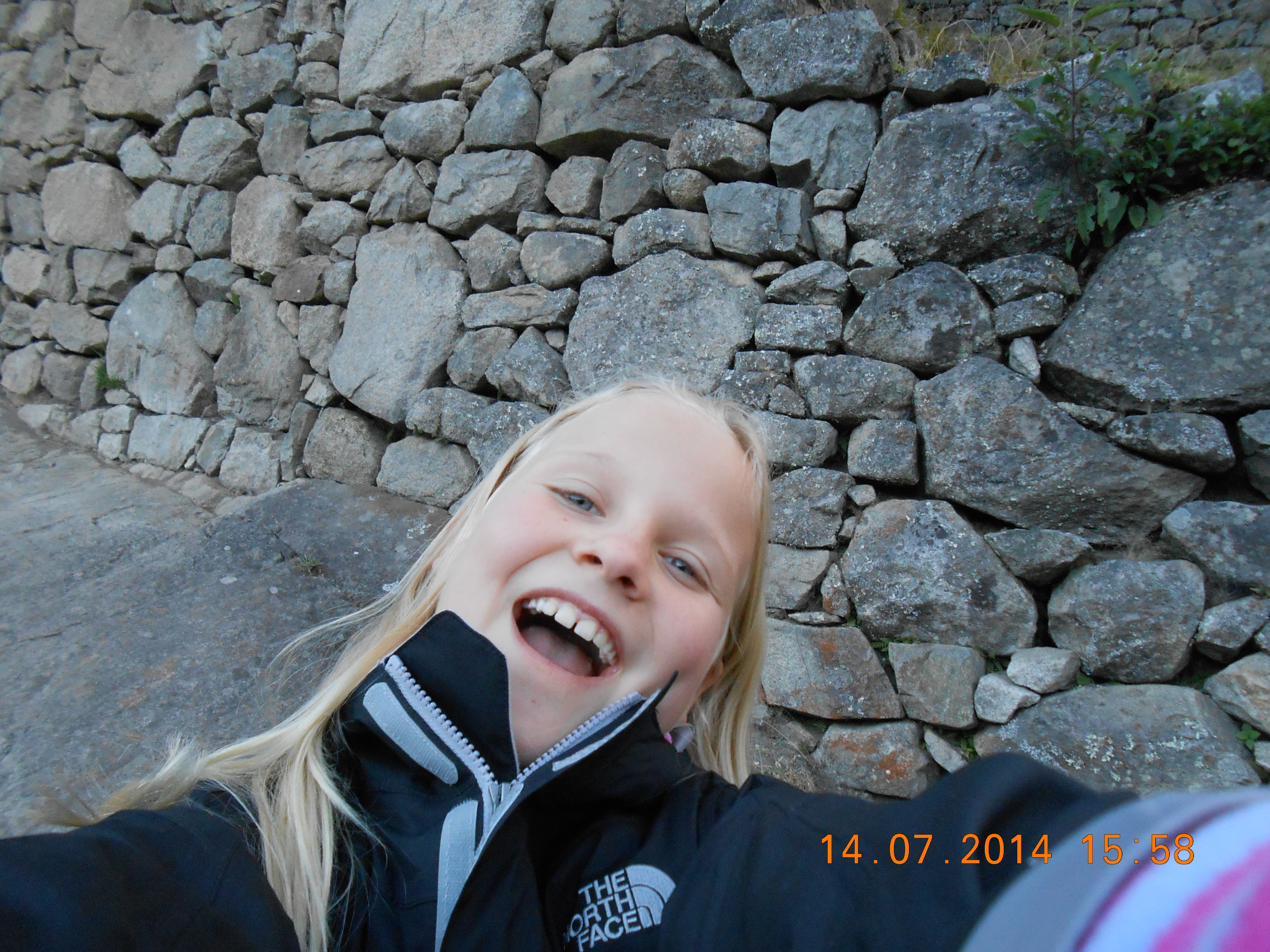 This is it. It’s my 10 year old daughter, Sadie lost on Machu Picchu, one of the world’s best known archaeological sites which is also the home to a herd of llamas. We were visiting during our time-off from working in a conservation zoo.

While I was taking the obligatory been-there-done-that picture with the stunning Machu Picchu background, Sadie asked if she could go up to the watchman’s hut a few metres above us on the next level. I apparently mumbled “yes”. A few minutes later she was out of sight. After a short but traumatic hunt around the area, that included a compact panic attack and random screeching at strangers, I found her near the hut, relaxed and smiling with camera in-hand.

It wasn’t until I was going through her memory card that I came across these photographs and realised what she was doing while she was “lost”. Says it all really.